With our rich heritage, castles fit for kings and queens, world-wide connections, and fascinating World War II links, it’s safe to say our county has a tale or two to tell. This year we’re taking the time to Re-connect with Kent’s incredible stories, heroes of history, and remarkable connections with the United State of America.  Ready to discover more? See what Kent has to offer on your next adventure.

For even more incredible stories and destinations where you can be inspired to explore more of England’s story, take a look at Reconnect England.

As many attractions may have altered opening times or restrictions in place, please always check their websites before visiting and follow the current Government guidelines regarding travel. 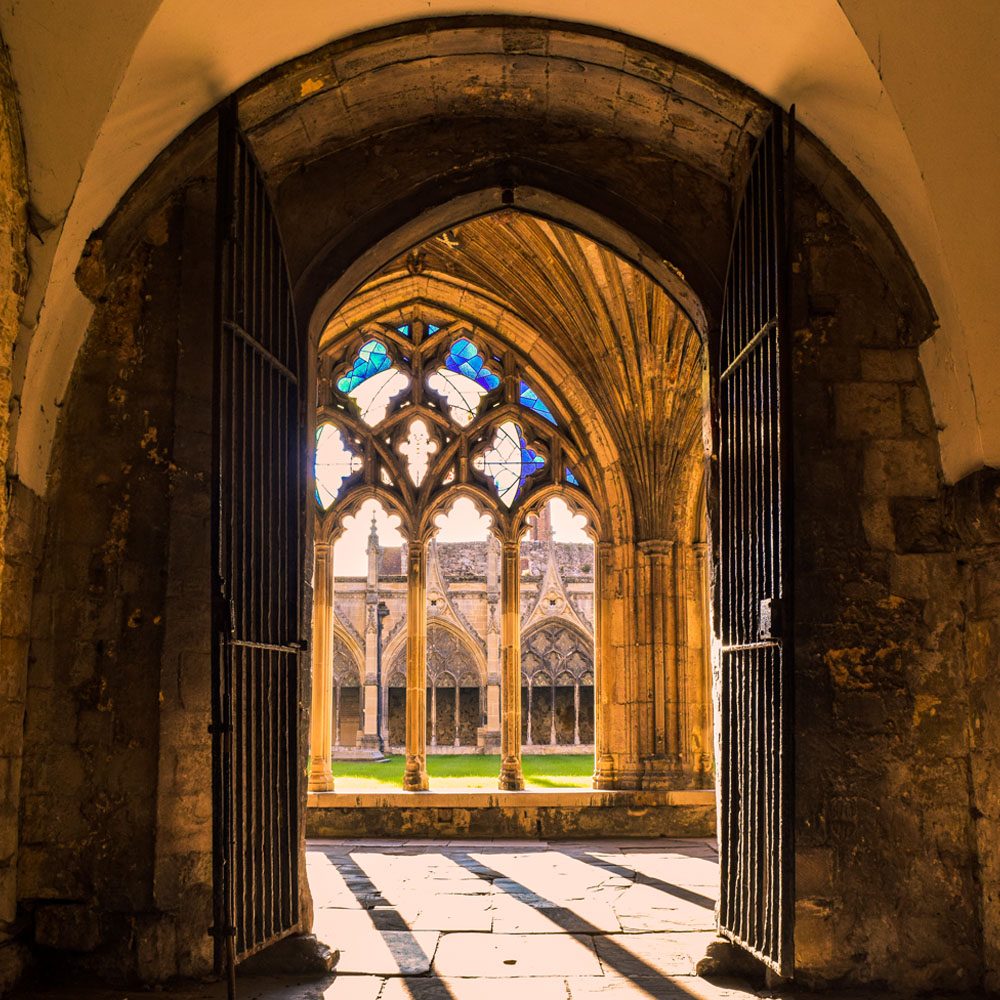 Starting our tour at one of Kent’s biggest and oldest icons, Canterbury Cathedral has a heritage dating back more than 1,400 years! The UK’s oldest cathedral, the Mother Church of the Anglican Communion, the cathedral of the Archbishop of Canterbury and the very place where Saint Thomas Becket was murdered, Canterbury Cathedral is world renowned as a place of pilgrimage, but did you know it also has some intriguing US connections? In the 13th Century, Archbishop of Canterbury, Stephen Langton, influenced the American Constitution of 1787, which later became the supreme law in the new republic of the United States. It’s no surprise then that in amongst the cathedral’s archives, it houses many treasures with North American links. Traditional alter kneelers representing every US state, and a Native American necklace given as a thank you by one of the 162 slaves freed by a bargaining former Cathedral Canon, are just two of the treasures to be discovered in these hallowed halls! 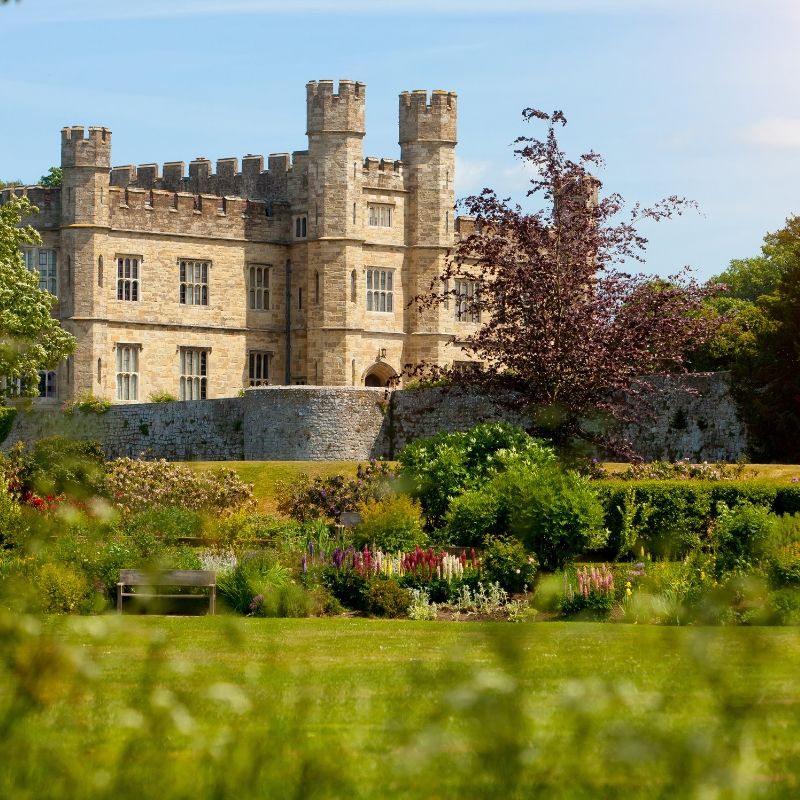 From the ancestral home of then Governor of Virginia, Sir Thomas Culpeper in the 17th Century, to the beloved home of Anglo-American heiress, Lady Olive Baillie from the 20s to the 70s, the 900-year-old Leeds Castle holds centuries of American history. Under Lady Baillie’s reign, The Loveliest Castle in the World (look it up if you don’t believe us) became one of the great country houses of England. Leading statesman, royalty and film stars all stayed and partied at the castle in the 30s, with Errol Flynn, Charlie Chaplin, Douglas Fairbanks and even an 18-year-old John F. Kennedy among them! While the partygoers have gone home, today a visit or stay at the castle can still uncover some intriguing American links, including a sundial on the main island, which tells the time in Virginia. Robert Fairfax commissioned it in 1749, with a similar one in Belvoir, Fairfax’s principal seat in Virginia, telling the time at Leeds Castle!

Discover the Loveliest Castle in the World 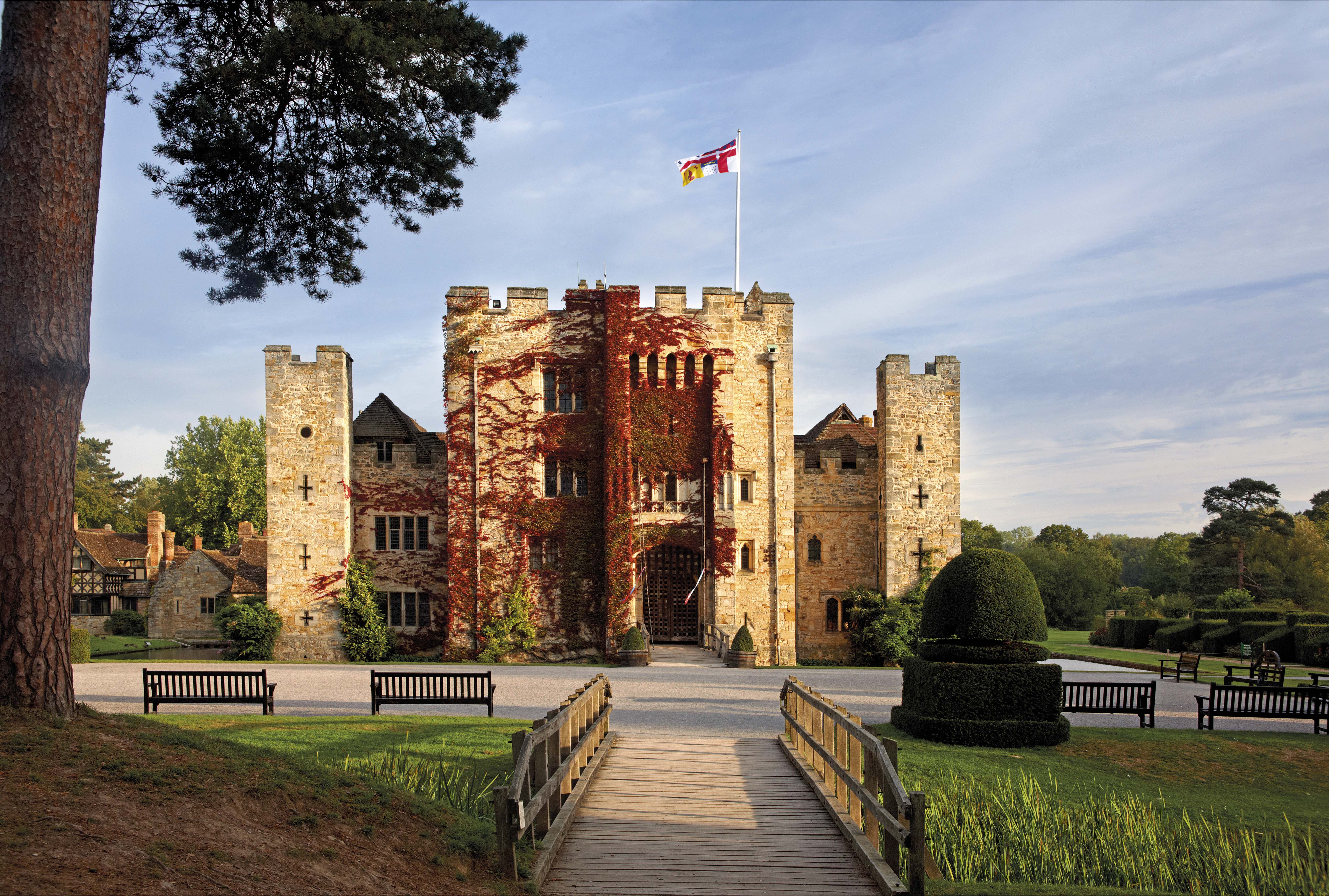 From the family home of renowned King Henry VIII’s second (and ill-fated) wife, Anne Boleyn, to the home of the former richest man in America, Hever Castle has been the setting for a whole host of stories. William Waldorf Astor, America’s wealthiest man purchased Hever in 1903 and set about renovating the castle for five years. Not only did Astor restore the historic house, but the tycoon constructed a whole new wing of the castle (the Astor Wing), created breath-taking gardens, and formed a lake that’s been the backdrop to many an Insta-worthy view and dare we say, a proposal or two. Astor’s tireless work can still be seen today, from a tour through the castle, a glorious garden wander, or even a swing at Hever’s 27-hole Championship golf course, which remains one of the best in Kent! 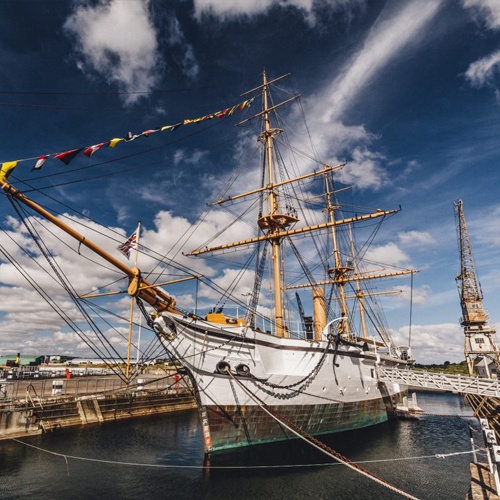 As the world’s most complete dockyard from the age of sail, The Historic Dockyard Chatham is the place to start when it comes to maritime heritage. During World War I 2015 ships were manned here by the Chatham division, seeing action across the world. Step aboard at the Dockyard from May and discover a World War II destroyer, a Cold War submarine, and learn about the people who manned and made them. What's more, the Dockyard also has some pretty intriguing US connections, as the Resolute Desk, the desk that currently resides in the Oval Office and has served all but three US Presidents since 1880, was made from timbers from HMS Resolute and crafted at the Joiner’s Shop at the Royal Naval Dockyard in Chatham! Not only that, but this year’s Hidden Heroines exhibition portrays the women who have worked here for more than 400 years. And, as the home of the official Call the Midwife tour you can even walk in the footsteps of the cast and crew who have brought Jennifer Worth’s memoirs to life.

Set sail to the Dockyard 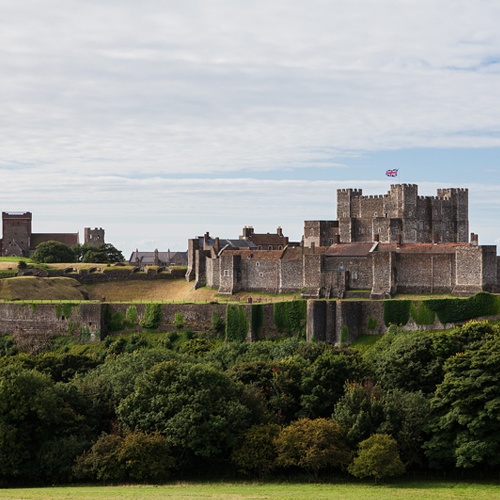 With history dating back from Roman rule to World War II, Dover Castle has earned its title as the key to England. Resting high up on the White Cliffs of Dover, the location alone is enough to leave you awe-struck, but 900 years are waiting to be discovered at this clifftop fortress, including Henry II’s medieval Great Tower, tunnels used during WWII’s Operation Dynamo, battlements, defences and even an underground hospital. What’s more, this Kent castle has been the backdrop to many a hit movie, gracing the screen as the setting for Avengers Age of Ultron and as The Tower of London in Wolf Hall.

The Key to England 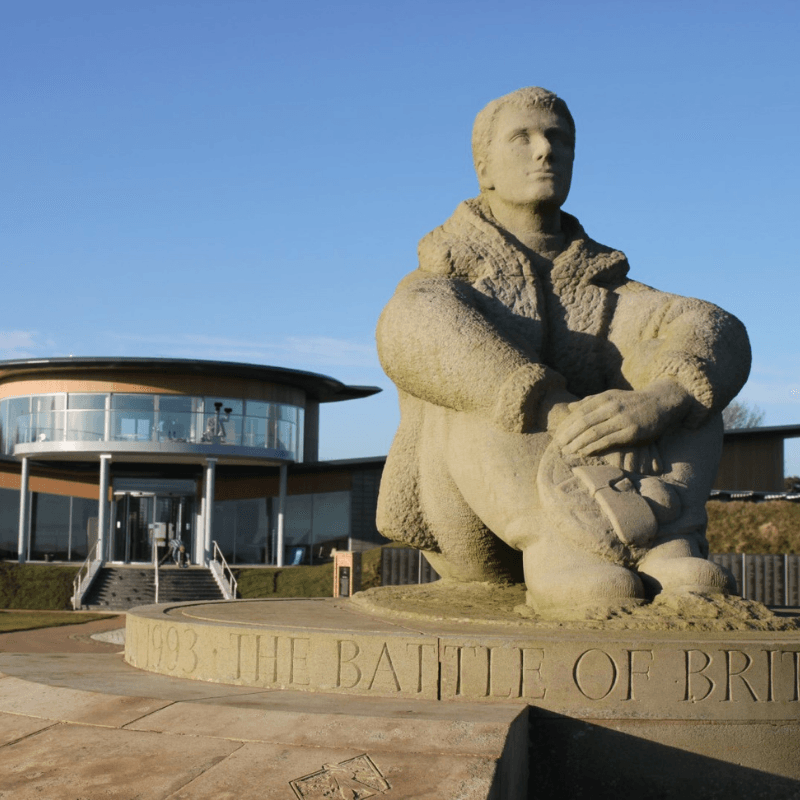 Home to the National Memorial to The Few, the Battle of Britain Memorial honours those who fought high in the skies over the Channel in the summer and autumn of 1940 in the Battle of Britain. While here, pay tribute to their heroic and selfless deeds and get an insight into what they went through in the interactive Scramble Experience in the museum itself. Set in an RAF airfield that was the nearest to enemy-occupied France during the war, and within an area once known as Hellfire Corner due to the cross-channel shelling it received from batteries stationed on the French Coast, there couldn’t be a better spot to learn more about the infamous World War II battle.

Pay tribute to The Few